The Hidden Figures was released in 2017 about the team of three female African–American mathematicians who are working for the U.S. space program during the early year with racial and gender discrimination. the typeface ‘Universe LT std.’ is used and compose with the conceptof hiding the word hidden. Even it was hidden but it’s still obviously seen and it’s related to the movie story that they are forgotten and hidden behind because of racial issues and inequality. 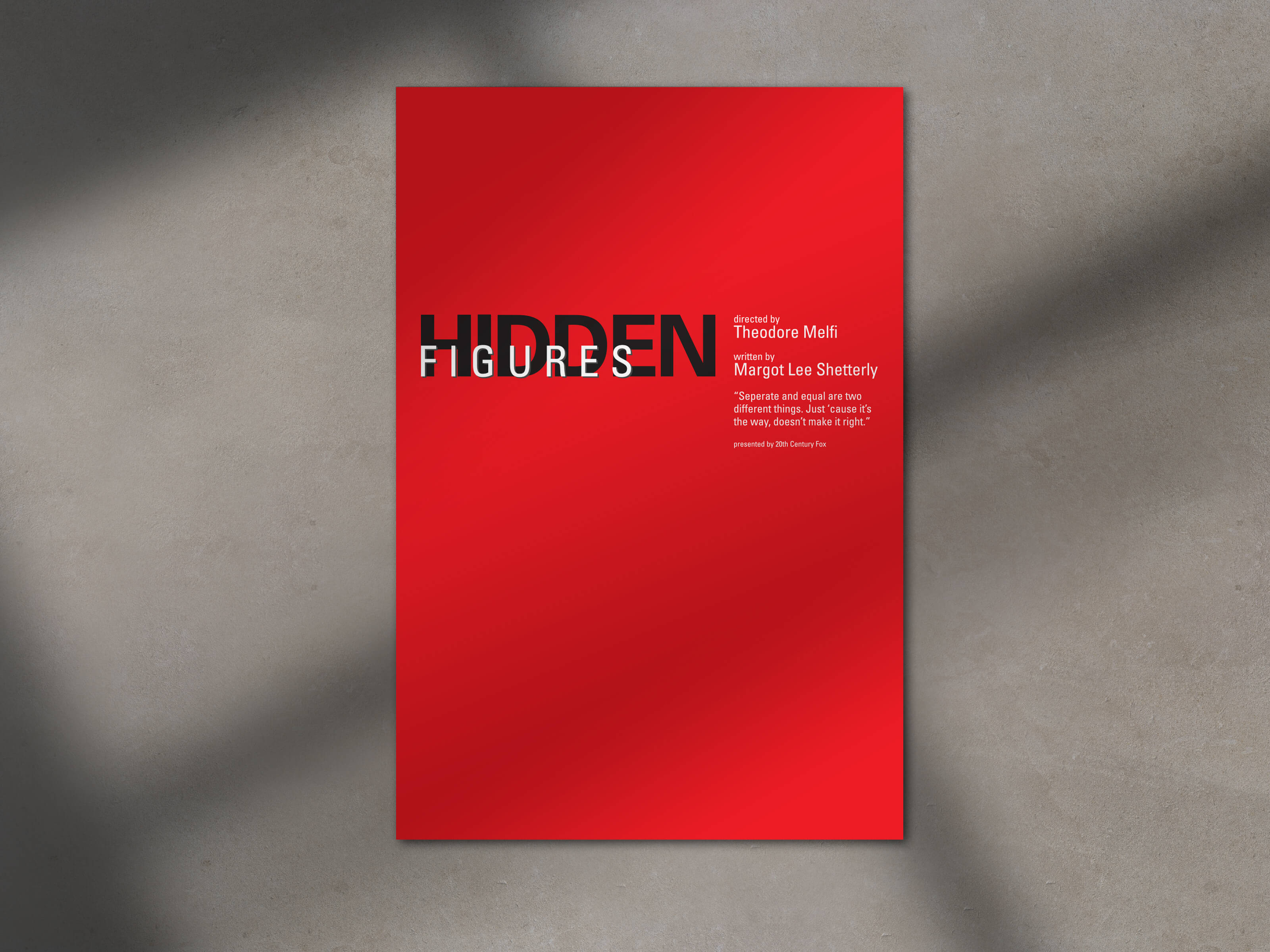 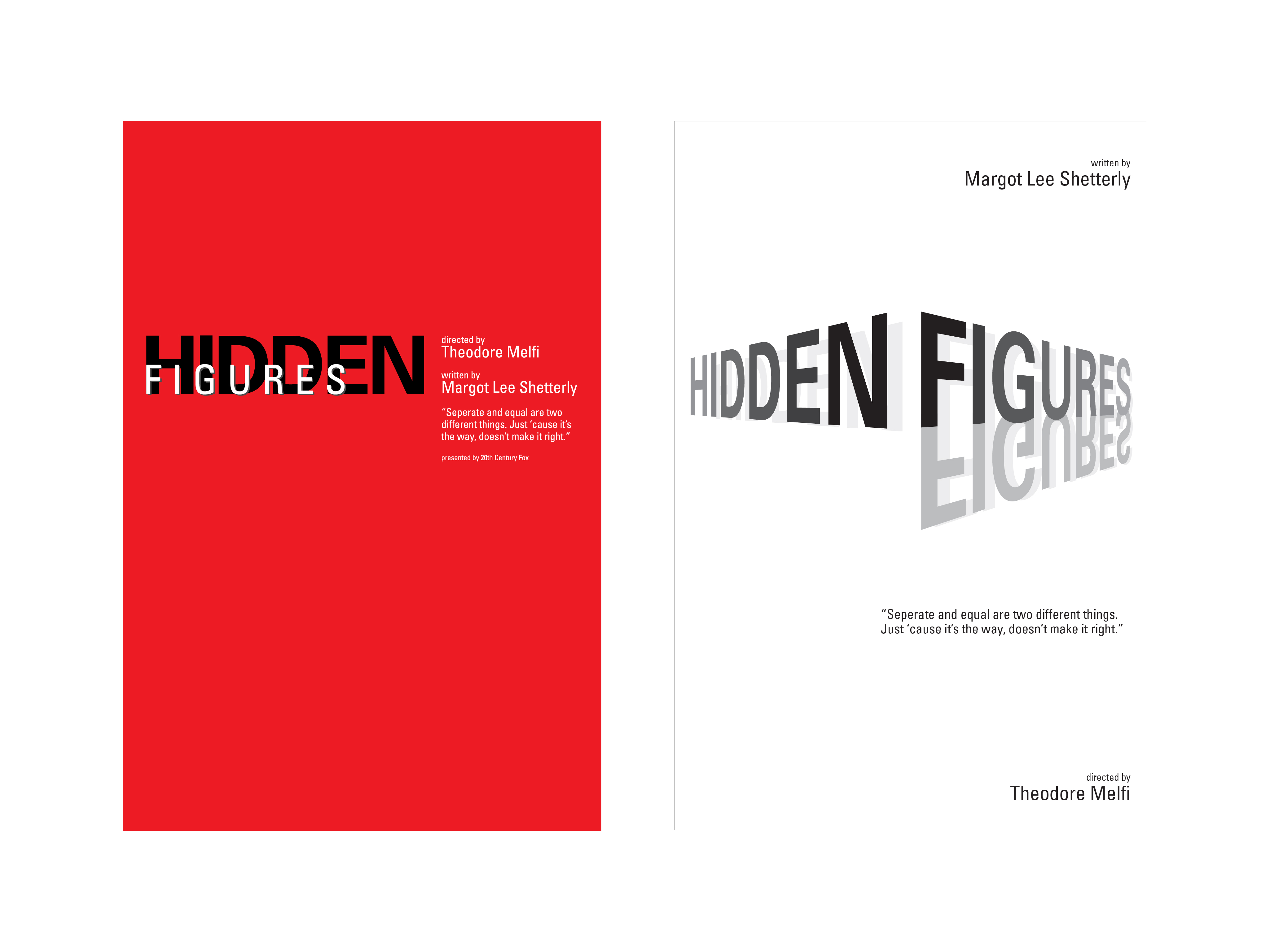